The power of TLRI research partnerships

The New Zealand Teaching and Learning Research Initiative (TLRI) is a government fund for collaborative research about teaching and learning in the early childhood, school and tertiary sectors. It aims to build research capability and to make a difference to teaching and learning in New Zealand. The TLRI specifically funds projects that are underpinned by robust partnerships between practitioners and researchers. In this post, Dr Rosemary Hipkins reflects on a recent report exploring the impact of the TLRI.

Pause for a moment and recall those special ‘aha’ moments when something small changes and then so many other things fall into new alignment. These moments of powerful insight – what some might call threshold experiences – don’t come along every day. They are often preceded by struggle, uncertainty and hard work, even if we are only retrospectively aware of just how much intellectual effort was needed.  Observing such ‘lightbulb’ moments in students can be special for teachers and is readily recalled as something that doesn’t happen every day, or even often.

Recently I had the privilege of talking to a range of participants from a small number of completed TLRI research projects. Some were researchers and some were practitioners. Some were both, wearing different hats at different times. Each wide-ranging conversation was focused on the impact of the project, from the perspective of the interviewee. At some point quite early in most of these discussions an insight or change of the type sketched above took place. People would begin by describing the initial ‘aha’ and what it meant to them. Then they would go on to describe other things that changed in their professional knowledge and practice, moving on out into new and wider contexts like ripples on a pond. At the analysis stage I came to call this “person-centred” impact, juxtaposing the idea with the more usual conception of “knowledge-centred” impact which is assumed in metrics such as citation indices.

Here are two examples taken directly from the report:

One researcher described a moment of personal epiphany when she realised that the pedagogy being explored in her TLRI project could combine in powerful ways with the idea of culturally responsive pedagogy. She had been interested in the latter for some time and was able to combine the two sets of ideas to create powerful synergies for all the participants in the project at her university – both the other researchers and the student teachers. Although not directly related to just this instance of intellectual leadership, she has now stepped up to a new leadership role in her faculty.

One researcher described getting beyond the deeply held practice of “prepackaging learning” for students. He noted that smoothing the learning pathway for students has traditionally been seen as an important role for an effective teacher and in recent years this thinking has “re-dominated” teacher thinking because of the systems of accountability around NCEA and competition between schools.  “For teachers it is more important to manage the risk of failure than to try something different.” Now he believes that the process of learning is critical. If the delivery of “knowledge packages” dominates what happens in the classroom, students are deprived of opportunities to develop their information literacy skills, to become more independent in their learning, and to build deeper knowledge at the same time. This teacher educator said that he could never go back to his old ways of working, even when teachers want him to do so. This transformation did not happen suddenly and initially he found his new insights upsetting. Thinking back over his many years of teaching he couldn’t help wondering “what might have been if…” However he sees that the transformation has made him a better teacher educator. He also thinks that many of the secondary teachers in the TLRI project experienced this same slow epiphany and that has allowed them to sustain their new practices beyond the life of the project.

Another detail stood out as I reviewed and shaped my notes at the preliminary stage of analysis. Many of the interviewees were clear that this powerful insight happened because of the partnership at the heart of the project. Partners bring differing knowledge and lived experiences to the table. When the project team work hard to build trust and respect, these differences become a resource that contributes to new insights and supports everyone to make changes in their practice, or perhaps simply in ways of seeing issues and challenges (which then might lead on to changes in practice – or at least a search for further potential solutions or changes). Here’s another example:

One teacher described how the project leader modelled techniques the teacher found very helpful for the development of his own research skills. He described a “growing realisation” of how important it was to model the research process for students so they also had a clearer idea of what to do to undertake a research project. He now “feels strongly” about the importance of the role played by the outside person who shares knowledge and expertise with teachers in a project like this. He noted that teachers “don’t know what we don’t know.”

There are more change stories sketched out in the report of the impact research. You can read them here in the most recent report from the TLRI ‘Project Plus” series.

Building research centred on a strong partnership between researchers and practitioners is a principle built into the TLRI fund. There is fierce competition to win funding and so we can be reasonably confident that applications will not be successful if there is not clear evidence that the partnership proposed will be strong and will work. For a number of years now, I have served on the NZCER panel that makes preliminary recommendations of applications that could proceed to full proposal stage. (Full proposals are considered by an independent panel appointed annually by the TLRI coordination team.) I know from wide experience that there are telling signs of the effort that has already been put into conceiving of how the partners will make their specific type of contribution, and how the applicants have thought about the practical challenges of building a partnership that can weather the inevitable pressures of a complex research journey with all its twists and turns. As one example of a warning sign, projects where the teachers are positioned as research subjects – i.e. essentially there to do the bidding of the researchers and be observed and judged in so doing – won’t get past this preliminary stage.

The original designers of the fund had a clear vision that researcher/practitioner partnerships would be one key to success in building new knowledge about teaching and learning. Now we have some evidence that these partnerships are a key driver of diverse impacts generated as the projects unfold. If you are a project leader – or aspire to become one – you might like to ponder the implications of this finding for your own dissemination plans. If you are a researcher or practitioner who is invited to become part of a TLRI team, do consider saying yes, even though doing so will likely add to your already heavy workload. The diverse stories told to me during the impact research suggest that you might be in for some profound insights and surprising twists in your professional learning journey. In short, you stand to gain more than you give, and the nature of those gains will almost certainly not be predictable as the project gets underway.

I’m hoping to say more about this work in a presentation at the NZARE conference in November. There are readily evident links between the impact research and the 2017 conference theme which is Partnerships: From Promise to Praxis | Mehemea ka moemoeā tātou, ka taea e tātou. We’re also planning a symposium where three TLRI project teams will share their partnership journeys. Perhaps we’ll see you there? 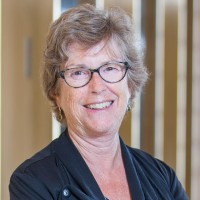 Rosemary Hipkins is a Chief Researcher at the New Zealand Council for Educational Research. She began her career as a secondary teacher and has led a range of national research projects related to both curriculum and assessment innovation in New Zealand. She particularly enjoys the challenge of working with teachers in liminal spaces between research and practice.