A digital future for education: Risks and opportunities for equality (part 1 of 2)

Recently, I spoke at the New Zealand Technology and Education Summit held at Unitec, attended by around 300 teachers, academics, tech industry and education leaders.

My talk focussed on understanding the risks and opportunities that are being created through advances in digital technology. Specifically, I spoke about the risk of technological advancements exacerbating the inequalities that already exist in our education system here in Aotearoa New Zealand.

It is well known what educational inequality looks like in this country. It is illustrated narrowly in terms of achievement in national NCEA and National Standards data and international PISA data, but more broadly inequality is related to many other factors around ethnicity, socio-economics, and the nature of the existing education system. For those who face it, inequality in education likely means inequality beyond education: in health, income, criminality, mortality and general ‘life chances’.

That’s not to say that there aren’t also major opportunities associated with digital technologies. The advance of technology can be a major democratising force, illustrated for instance in the way that increasingly widespread access to the internet has created mass accessibility of knowledge on a scale never seen before. In education, there is the potential to use technology to tailor learning to learners’ needs, and to put children at the centre of their own learning. Harnessing the potential of digital technologies can help us to address the power imbalances that create inequality, and remove some of the barriers that stop us from achieving equality.

Nonetheless, if we aren’t purposeful about understanding the risks of new technologies, we are likely to allow these technologies to be used in ways that perpetuate and exacerbate the systemic flaws and biases that have created today’s inequalities. Since there is already a significant difference in average achievement between some groups and others, we should expect to see this ‘gap’ widen as digital technologies become more prevalent and embedded throughout education, unless we are purposeful about closing it. A great example of this is the experience of many who are employed at the volatile end of the ‘gig economy’, which is often facilitated by these technologies. Those people who face inequality in education are most likely to face this type of inequality later in life.

So, for instance, it might be really positive to see all children in a class utilising digital devices for their learning (access), but a number of factors can make a huge difference to the experience of a child in this situation. For example:

Even if they are provided with access to digital technology, a child’s participation with it and their capability in using that technology varies massively. These considerations might vary, for example, between those from high and low-income families, for families with differing numbers of children, or depending on how the adults in each household understand and use technology.

Schools in Aotearoa New Zealand have played a part in increasing access to digital devices, for instance, with supported BYOD (bring your own device) programmes or by the schools investing in equipment themselves. This is in a context of increasing technology access in the general population outside of schools – but also a context in which there are clear patterns of unequal participation and capability.

Although evidence has suggested that there continues to be a divide in access to digital devices in schools, it is the participation and capability elements of the digital divide which need to become equal (if not greater) focuses for education. For example, one teacher shared in my presentation about her efforts to provide free wifi to the community around her school: a very positive move in relation to access. But how and for what reasons those community members are accessing the internet still varies considerably, creating issues of capability and participation.

My argument is that unless we proactively address these latter two elements alongside the first, our use of digital technologies will at best perpetuate, but quite likely increase, inequality in education. This is because those who have the least access, who are least likely to participate and who have least capability will continue to be outperformed by their peers who enjoy greater levels of access, participation and capability (for example, see this article which illustrates this point in the case of smartphones). The gap between peers will be compounded through the exponential rate of development of digital technologies and ongoing unequal access, participation and capability.

Equality in the digital age

‘Equality’ is a relative concept, because whether someone is equal with another relates both to what they have and what the other person has. Thus, ‘equality’ should not be understood and measured simply as giving all children some level of access to any device, but must take into account, in some way, the nature of access (including participation and capabilities) that students and their peers have. This is why the poverty level in a high-income country would not be considered ‘poverty’ in a low-income country, and why our understanding of equality in preparing for a digital future has to be more nuanced than just considering access to the internet or digital devices. Rather, we must take into account relative access, participation and capability.

I am using the idea of ‘equality’ broadly here (‘egalitarian’ might be a better term), and I assume that it captures also what is commonly defined as ‘equity’ – meaning that the achievement of justice or fairness can require differentiated provision of resources. In a moral sense, ‘equality’ doesn’t have to mean people having equal shares (for example, of resources or outcomes). Whilst the terms ‘equality’ and ‘equity’ should not be used interchangeably, they are closely related to each other and to the concepts of ‘fairness’ and ‘justice’. There is an extent to which the idea of equality is intuitive and speaks to something more fundamental than wishing to distribute things in equal shares. The key question is, as many philosophers and others have explored, ‘equality of what?’ – meaning, what commodity or other thing should we distribute fairly, and how should we do that?

We need to explore what equality in the digital age means, and specifically what educational equality might look like as we try to make sense of the risks and opportunities that we are faced with. The question here is how we achieve equality in access, participation and capability.

Ultimately, digital technologies present an opportunity to augment teaching and learning. Understanding the digital divide in the richer sense outlined above – through the lenses of access, participation and capabilities – can help us to augment children’s learning experiences in ways that promote equality, however we agree to define this.

When determining what equality will mean for us, there are a number of questions we might consider:

No public education system in the world, current or historic, has provided for full equality, even when equality is defined extremely narrowly as ‘right of access’. The theoretical, universal right of access to education is enshrined in both domestic (see also here) and international laws and policies. However, there are endless examples of how individuals continue to be faced with a range of barriers or forms of implicit or explicit discrimination (for example, because of their gender, ethnicity, disability, age, sexuality, special learning needs and other considerations) that have resulted in these individuals and groups being denied equal access to education.

There is an opportunity, then, through the advance of digital technologies to take these realities into account as we define what equality looks like. To do so, we need to purposefully design education in a way that addresses the causes of implicit and explicit bias and inequality. A starting point is to recognise the digital divide as being about more than just access, and to consider how this reflects existing trends of inequality.

In the second part of this blog (available here) I address motivations and risks related to integrating digital technologies into education, and explore ways forward to ensure that all young people fulfil their potential and are prepared for the future. 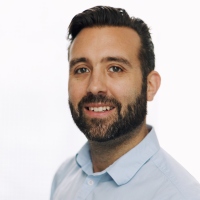 Jay Allnutt leads the non-profit social change organisation Te Ako Mātātupu (Teach First NZ), which works to address the systemic causes of educational inequality in Aotearoa. He is a former secondary school teacher, and holds an MA in Philosophy, MSc in Economics and is a current doctoral student at the University of Auckland researching educational inequality.