Despite their importance, critical analyses of education policy have been diminishing in New Zealand for several reasons, including:

The National-led Government’s education policy has inevitably shifted over the past nine years in response to new problems and with a need for new soundbites as well.

There have been many more developments along the way including some that turned out to be one-off events, such as the 2014 ‘Festival of Education’. The reorganisation of Christchurch schools has recently been recognised by the National-led Government as deeply flawed. But for many policies it may never be so clear what was lost and what was gained in the new arrangements, especially as the National-led Government has not been keen on scrutiny of many of its policies, discussed further below.

The Labour Government of the 1990s, led by Helen Clark, had not so much undone the neoliberal project in New Zealand education as taken some of the rough edges off it: producing “neo-liberalism with a social conscience” This left the door open for the National-led Government to take a more clearly neo-liberal approach and its support for such policy directions was predictable for at least three reasons. First, there was National’s previous record in education in the 1990s that had seen ‘bulk-funding’ of teacher salaries, less regulated school enrolment policies and a heavy emphasis on external accountability through the Education Review Office. Second, the new Prime Minister, John Key, a former foreign exchange dealer, was unabashed about running the country as a business—‘NZ Inc’—particularly in those areas that would not strike resistance from voters. Consider, for instance, how the government agency charged with international students, Education New Zealand, came to see its role:

Third, the Key Government had right-wing coalition partners to keep onside. The ACT party was clearly neo-liberal. The same could not be said of the other party, the Māori Party, but there was more potential for alignment than perhaps first apparent. ‘Choice’ policies had, in some ways, worked for Māori in the 1990s, allowing the establishment of Māori-medium kura schools as an alternative form of Māori education. The election manifesto of the Māori Party, although not overtly neo-liberal, included elements which could chime with a neo-liberal emphasis on educational choice and competition e.g., “The public needs to be provided with better information on school performance, including Māori and Pacific achievement”.

At the same time the National-led Government has usually had a pragmatic outlook, often tempering its business orientation to education rather than risk losing electoral support when it is not yet acceptable to many New Zealanders to completely privatise public services. One business commentator was recently able to claim that

“National has never advocated doing away with socialism in education, health and welfare. They have just been tighter with the chequebook.”

Contentious New Zealand privatisations have tended to be framed by policymakers as being small scale or experimental rather than being rolled out in more wholesale fashion. Two obvious education examples are the three ‘bundles’ of schools built through Public Private Partnerships so far and the relatively small number of Partnership (charter) schools (11 thus far). To Gould, this approach of using small steps was a deliberate strategy used by the Key Government 2008–16 in order to conceal neo-liberal developments:

“John Key was no doubt perfectly genuine in his belief this was a New Zealand that would be acceptable to most, but he was nevertheless adept at concealing his intentions in case they were not supported. He was on occasion quite open about this.

A few years ago, the then Premier of Queensland, Campbell Newman, was contemplating asset sales to raise cash. He sought advice from John Key as to how he could get away politically with what he knew would be an unpopular measure. Key’s advice, as reported in the New Zealand media? “Do it in small stages,” he said, “and people won’t notice.”

[Key] was also pragmatic and cautious when it suited. A new policy would usually be floated in advance, then referred to focus groups so the public response could be judged. Depending on that response, the policy would be implemented or tweaked as necessary or simply abandoned.”

It may be that this is a common approach in countries like New Zealand that have historically strong public education systems. In such contested settings the work of privatisation may often get achieved through piecemeal changes that will not individually seem very important, but together and over time add up to a significant shift. In this way, aspects of public education can gradually transition to privatised provision without being so contentious.

On the other hand, it must be pointed out that ‘small stages’ educational developments like PPPs and charter schools have often still not been particularly transparent. PPPs have financial information withheld from the public in the name of ‘commercial sensitivity’. Those trying to follow charter schools’ developments have been frustrated by long delays in releasing information. The extent of privatisation may also be hidden by the nature of charities in New Zealand. O’Neill and colleagues found that in the five charitable trusts concerned with schooling that they looked at:

“… the amount and quality of information on their personnel, activities and finances are both limited and inconsistent. In both their for-profit and not-for-profit forms, charities claim to be contributing to the public good but there is insufficient standard information for disinterested observers to establish whether and to what extent claimed public benefits outweigh private benefits to individuals, whether charitable distributions are a reasonable proportion of annual income over time, and whether any harm is being done to existing state schooling services and the public sector as a result of greater private sector participation.”

Meanwhile, many privatisations are ‘hidden in plain sight’, clear enough if you go looking for them but not in the public eye, and so ‘off the radar’ for most people. They include schooling-related Ministry of Education processes of many kinds being contracted out. Finally, there are the areas where privatisation is obvious enough, such as schools contracting out teaching in areas such as sport, physical education and the arts. Here it must be recognised that more than 30 years of neo-liberal policies will have softened up the New Zealand population and educators to privatisation. There may also be particular lifestyle and historical factors that make New Zealanders relatively apathetic about privatisation of public services. I have sometimes half-joked that New Zealanders risk finding our education system became sold off while we went fishing or mountain-bike riding.

This is part one of a two-part series on nine years of National-led education policy. Part two is available here.

The material in this series is adapted from this article by permission of the author and in accordance with the Creative Commons licence.

We also refer readers to the full contents of the 2017 special issue of the Waikato Journal of Education, edited by Martin Thrupp, for further analysis of the last nine years of education policy in New Zealand (open-access). 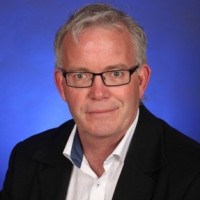 Prof. Martin Thrupp is Head of Te Whiringa School of Educational Leadership and Policy at the University of Waikato. His research interests are in education policy with a particular focus on the lived effects of policy across socially diverse and unequal communities. A lot of his work over the last decade has been around the National Standards policy and he has a book on this topic coming out in September 2017: The Search for Better Educational Standards: A Cautionary Tale (Springer). Martin was the 2016 recipient of the NZARE McKenzie Award (citation) for his significant contribution to educational research and to NZARE over an extended period of time.